Mary Jo Lodge is an associate professor of Theater, and a theater performer, director, choreographer, and scholar. Previously taught at Central Michigan University and founded their B.F.A. musical theater program. Holds a Ph.D. from Bowling Green and an M.A. from Villanova, both in Theater, and an undergraduate degree in musical theater performance from Catholic University. 2013-2014 recipient of a Fulbright award. Research published in Gestures of Musical Theater, Women in American Musical Theater, Heroes of Film, Comics and American Culture and Studies in Musical Theatre and Theatre Journal. New book, an edited collection of essays entitled Dueling Grounds: Revolution and Revelation in the Musical “Hamilton,” will be published early 2021. She is currently directing Emma!: A Pop Musical, for Lafayette via Zoom, with a cast of Lafayette students from all over the country; runs Oct. 22nd-24th and free tickets can be reserved in advance at LafayetteArtsTickets.com.

Adam Biener is an Assistant Professor of Economics at Lafayette College. Previously, he was employed as an economist at the Agency for Healthcare Research and Quality in the US Department of Health and Human Services. His research focuses on medical care use and expenditures in the US. Specific areas of research include the medical care costs of obesity, the relationship between physician payments and the use of medical care, as well as racial and ethnic disparities in healthcare use. Biener received his Ph.D. in Economics from Lehigh University in 2015.

Wendy Wilson-Fall is an associate professor in Africana Studies at Lafayette College where she recently assumed the directorship of the Africana Studies program. Previously, Dr. Wilson-Fall, served as chair of Pan African Studies at Kent State University, Ohio, and as director of the West African Research Center (in Dakar), where she served for five years from 1999-2004. Wilson-Fall works on themes of identity, culture, local histories and social space. Research and publishing include both African diaspora and continent-based projects.

Tobias Rothman, Ph.D., received a bachelor of science degree from the University of California, Berkeley, and his Masters and Ph.D. from Stanford University. His teaching interests include design, fluid mechanics, thermodynamics, and experimental methods. His research interests are experimental fluid dynamics, high-speed flows, optical diagnostics, micro-optical devices, and combustion. 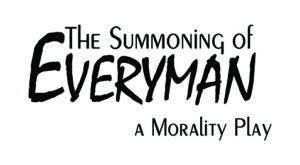 The Summoning of Everyman was written over 500 years ago and yet the message of the play is still incredibly resonant. While the original play relies heavily on secular references and the general public’s belief in religion, the play’s meaning is not religious. Everyman, at its core, is about each of our impermanence. It is a reminder of how precious life is, and how quickly it can be taken away from us. This is a truth we are all too familiar with these days. This adaptation was written for and about the students at Lafayette during these challenging times. While the play treats these subjects with humor and levity, the struggles we have been facing these past months are very real. I hope tonight this performance will provide an escape, even as you sit at your laptops, in your own homes.

When I first realized I would be directing a “virtual play” I had no idea if we could pull it off. I questioned whether it was even worth doing but my fears were quickly overcome. If there is any group resilient enough to take on such a task it is the students at Lafayette. This cast has brought meaning to the words on the page in ways I could have never imagined, despite the barriers. I am thrilled to see my adaptation come to life, and honored you decided to join us. We hope tonight you will “look through a mirror,  see your own life in performance. Because after all, Everyman’s fate, for each of us, is in store.”

Our Pulse Our People